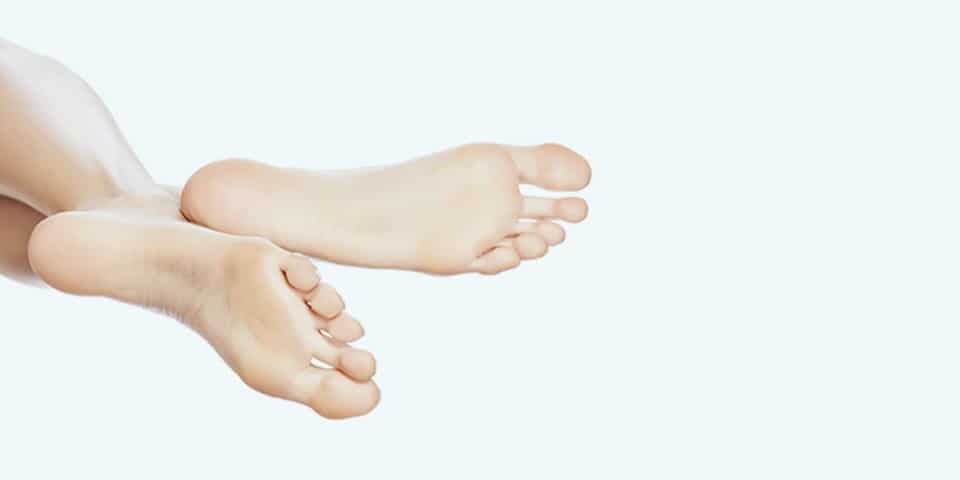 Gigantism of the toes can cause major complaints and consequently a considerable impairment in everyday life for the patients suffering from it. Macrodactyly, also known under the synonymous term gigantodactyly and linked to the Proteus syndrome, is a relatively rare deformity of the toes.

Learn more about macrodactyly and how it can be treated in this article.

Macrodactyly and the concurrent malalignment of the toes is a deformity of the toes which is relatively uncommon. It is characterized through a disproportional growth of the soft tissue as well as the bones of the affected toes.

The excessive growth of a macrodactyly can occur either with the birth of a child (type 1 after Barsky), or occur within the first years of life (type 2 after Barsky).

In most of the cases the second and / or third toe is affected by macrodactyly. The physical appearance of a macrodactyly is as following:

Medical Causes of Gigantism of the Toes

For some patients suffering from a local gigantism of the toes, the excessive growth of is caused by an inherited genetic disease. Among others, these could be:

For the rest of the patients it is also a genetic disorder that is not inherited which causes the macrodactyly. This means it is caused by a genetic mutation, random changes in the genome. One of the possible causes could be he Proteus syndrome which is a mutation of the genomes AKT1 and PIK3CA.

The abnormal large size of the toes causes the following problems for the patients:

Which Long-term Damages Can Occur When a Macrodactyly Is not Treated?

Macrodactyly can lead to severe misalignments of the adjoining toes if it is not treated. This may cause further pain as well as instabilities and posture problems which could affect the health of the skeleton and spine in general.

Each patient is different and especially with diagnosis such as macrodactyly there is no standardized procedure. The excessive growth of toes cannot be constrained by conservative therapies, a surgical intervention will become necessary at some point.

One possibility is the fusion of the epiphyseal plates, also known as growth plates. This surgery will be performed as soon as the toe of the child has reached the size of the equivalent toe of the parent. If the toe has already reached a disproportional size in relation to the expected body height as a grown up, this method cannot be implemented.

If a corrective surgery for macrodactyly, which will reduce the length and circumference, is necessary, the therapy schedule needs to be planned individually. In his practice in North Rhine Westphalia foot surgeon Adem Erdogan prefers a serial method for the correction of macrodactyly. This means that the surgery will not be performed in one stage but in several smaller surgeries with rehabilitation phases in between, reducing surgical risks such as circulatory disturbances, infections and bone healing.

Usually a surgery will make corrections either on the soft tissue or on the bones.
Macrodactyly surgeries are technically demanding and tedious, it is therefore advised to choose an experienced surgeon specialized in foot surgery.

Another option is the complete or partial amputation of the toe. Adem Erdogan does not perform toe amputations, which are ethically not justifiable from his viewpoint./p>

Local Gigantism of the Toes: Follow-Up Treatment after Surgery

Like the surgery itself, the follow-up treatment needs to be carefully planned together with the patients. The post-surgical care depends mainly on the kind of surgical: was an operation on the bones or on the soft tissue of the deformed toes performed?

In general the patient can expect that it will be necessary to wear a special supporting shoe up to six week after the surgery.

Post-surgical pain and swelling largely depends on the sale of the surgery.
All details will be discussed prior to the surgery.

Prognosis – Which Results Can Be Expected After a Macrodactyly Treatment in Germany?

The patient needs to understand that no surgeon can perform magic and a new toe will appear, expectations need to be kept realistic from the beginning. The patients also need to be aware of the relatively long treatment period.

The goal of a macrodactyly correction is a result where the toes look as normal and natural as possible and to enable the patient to lead a life where the toes do not affect everyday life negatively.

If the healing process remains without complications, our patients are usually very happy with the result.. 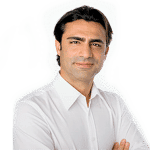 Adem Erdogan is among the leading foot surgeons in Germany. Long-standing experience, optimizing surgical procedures as well as detailed diagnostics contribute to an ever-increasing inflow of patients.

Do you have questions concerning the treatment, possible risks and the costs?

After a consultation and detailed investigation Adem Erdogan creates a treatment plan tailored to your personal needs. He will be happy to answer all your questions.

Make an appointment now in our foot practice in Dusseldorf!

You want to know, how other patients rated Adem Erdogan? Check his profile. (German) 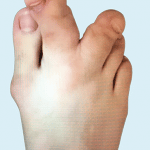 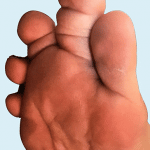 Will I have intense pains after the surgery?

Generally speaking, this question can be answered with no. If you set up a pain scale from 0 = no pain to 10 = intense pain, from our experience we can tell our patients that they usually have to expect pains in the intensity of 3. Ater the first two days the pain will slowly disappear. All our patients also receive pain medication, which is already used during the treatment.

Which surgeries will be realized as inpatient or outpatient procedures?

The decision which surgical procedures will be carried out on an inpatient or outpatient basis, largely depends on what treatment is planned and how extensive the surgical procedure is, as well if there are accompanying illnesses to be taken into account. As a general rule one can say, the more extensive the surgery is, the more likely is a stationary treatment. Very often we also have consider the professional and private situation of the patient, so that the decision will always be made indvidually.

Will the treatment be covered by my statutory health insurance?

Cosmetic surgical treatments are understandably not covered by statutory or private health insurers and have to be paid privately.

If a medical indication exists, the costs of the surgery will usually be covered by your insurer if you have a private health insurance.

Patients with a statutory health insurance unfortunately have to cover the costs of the surgery on their own since we are a private practice.

Is an early surgery advisable?

If an early surgery is advisable greatly depends on the kind of complaints. If the diagnosis is for example Hallux Valgus or hammertoe, your doctor will suggest an early operation in order to avoid consequential problems (joint degeneration / arthrosis, inflammations, etc.). The therapy of these will often require an extensive treatment.

Is it possible that I will never again walk pain-free after a foot surgery?

Only about 3% of patients undergoing a foot surgery suffer from chronic foot pain after the surgery. Due to the statistics one can say that it is very unlikely that a foot surgery will cause permanent remaining pain. Even if the surgery is not leading to the desired result, lasting pain and problems can usually be remedied with a second surgery.